Jean-Louis Chavy is one of the sons of Gerard Chavy, and now runs his own Domaine. His brother Alain, now runs Domaine Gerard Chavy on his own.

Jean-Louis and Alain have split the families vineyards up between them with them sharing the Bourgogne Blanc, village Puligny Montrachet, the lieu-dit Charmes, as well as Premiers Crus Champs Gain, Clavoillons, and Folatieres vineyards. In addition Jean-Louis has control of the Premier Cru Perrieres parcel, while Alain kept the Pucelles parcel.

The winery was finished in 2004 and the winemaking and ageing style is traditional. It is early days to talk of a house style for Jean-Louis, but his wine are so far very elegant and without any noticeable oak influence. 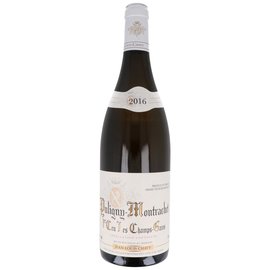