Vina Sena is the result of a choice to make a fantastic wine by 2 wine icons: Eduardo Chadwick from Chile and Robert Mondavi from California. Since 2005 Sena is 100% owned by the Chadwick family, who are also owners of Errázuriz, the personal project of Eduardo Chadwick. Viña Seña is biodynamically cultivated in Valle de Aconcagua, north of Santiago. This icon wine is overloaded with prizes and medals every year.

Francisco Baettig joined Viña Seña as Chief Winemaker in 2003. He is an Agronomist Engineer from the University of Chile and obtained a Master’s Degree from the Faculty of Oenology at the University of Bordeaux (Diplôme d’Etudes Supérieurs Spécialisées), through a scholarship awarded by the French government.
Throughout his career Francisco has participated in vintages in France in Languedoc-Roussillon as flying winemaker for Michel Laroche, in Pomerol at Le Bon Pasteur, one of the renowned Michel Rolland’s wineries, and in Sancerre at Chateau de Sancerre, reputed for its white wines. He has also worked in the United States at Hallcrest Winery one of the first organically certified wineries in California also in Argentina for a year and has been on numerous technical visits in New Zealand, France, Italy, Australia, Argentina and United States. In Chile he worked for 4 years as an Assistant Winemaker for Casa Lapostolle before joining Viña Errázuriz.
In recognition of his professional trajectory and the great wines he has crafted, Francisco was awarded the distinction of 2011 Winemaker of the Year, by the Chilean Guild of Food & Wine Writers. 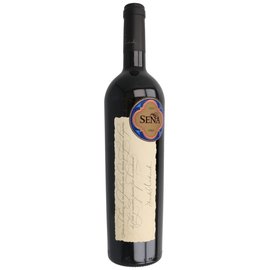