The wine reflects great body, ripeness and an exemplify the great wines of Saint-Emilion. 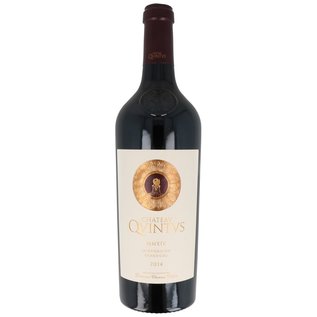 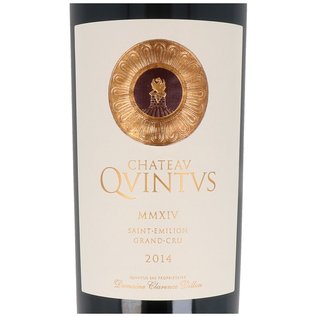 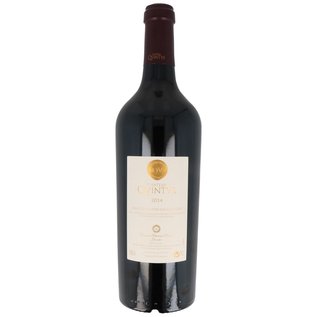 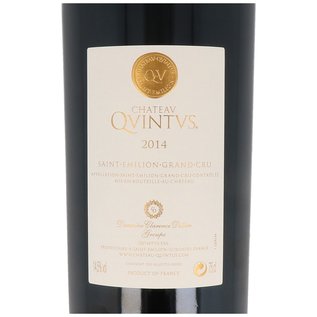 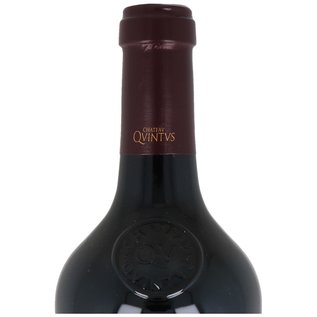 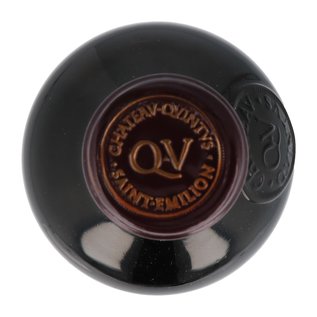 Perched on a 62-meter- high limestone hillock, Château Quintus is located at the south-western end of the Saint-Emilion plateau. Surrounded by some of the most eminent estates in Saint-Emilion, the property boasts some of the finest land and exposures in the region. The originality of this extraordinary terroir lies in its diversity of soils, slopes and orientations. Made up of 28 hectares of vines that have today attained an optimum average age of 30 years, the estate naturally wraps itself around a high natural promontory and also offers 360° breath-taking views across to the village of Saint-Emilion and over the entire Dordogne valley.
The vines of Château Quintus extend over a remarkable landscape. The form of the land itself is characterised by a stratum of limestone that lies in criss-cross shelves across the south-facing slopes of the plateau. The limestone to the north of the property is replaced by a varied mixture of clayey sands and gravels, dipping towards the south.
Merlot represents 66% of the surface in production and the rest, 26% is planted with Cabernet Franc and 8% with Cabernet Sauvignon.

The nose displays hints of raspberry, pepper, and spice. The wine is very smooth and round on the palate with ripe, full and rich tannins. The freshness enhances the brilliant fruit, which goes into an elegant, expressive aftertaste.

Vinification: After sorting, wooden vats are used for the alcoholic fermentation of the wine, as well as stainless steel vats for both alcoholic and malolactic fermentation. New barrels: 35%